What is Artisan bread? - Alpine Breads 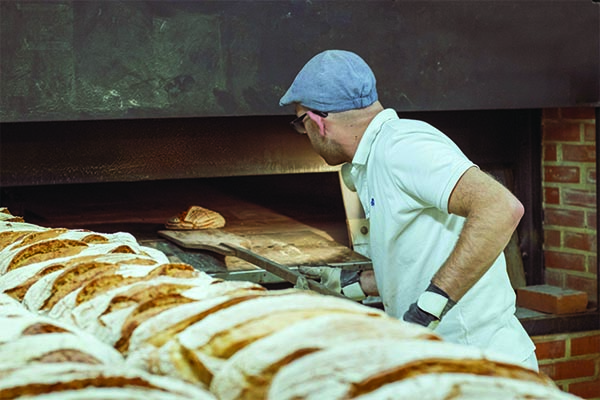 Artisan refers to a skilled trade especially one that uses hands to produce a product. Artisan bread refer to the style of short shelf-life bread that is a craft unto itself, compared to large production manufacturing of bread.

The first-known leavened bread, or rising bread, was apparently made around 1000BC in Egypt. Australian historians believe that Aboriginal Australians were well ahead of other civilisations, including the Egyptians, in bread making. This has been accounted for due to discovering grindstones that are 36,000 years old. Nevertheless, before industrialization bread making by all of civilization was made by hand even including the grinding of grains and seeds. All of these breads are considered Artisan breads due to sharing the same characteristics, no matter the grains or seeds used.

Therefore, the masters of this craft only require flour, water, wild yeast, salt and the most important element being time.

Artisan bread is baked in a hearth-style oven, where radiant heat is the main source, and ovens designed to inject steam into the baking chamber.

The difference between these breads and industrially produced loaves that have an ease of repeatability and are standardized, is that their texture and shape can vary and the shelf life is not as long due to the lack of added chemicals to create a longer shelf life.

Although the convenience of commercially large scale loaves is a reason to purchase, the nutritional benefits of Artisan loaves is certainly a major factor that needs to be considered when purchasing your next loaf. Next time you choose your bread consider your fundamental needs and hopefully, your health will be number one.