The benefits of a low FODMAP bread - Alpine Breads 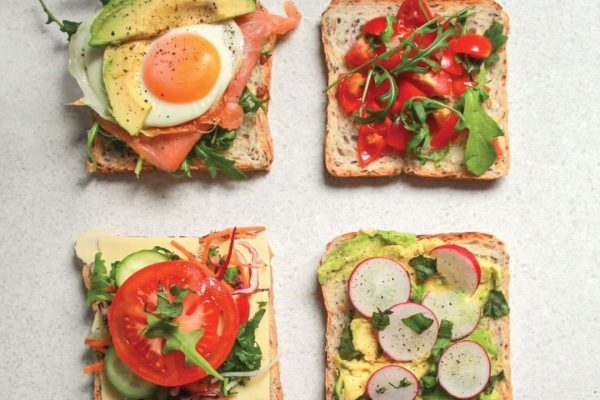 The benefits of a low FODMAP bread

Food intolerances seem to be a growing modern situation. Why they seem to be growing in numbers is not fully understood. Without understanding how they have evolved, the understanding that food science can be used to minimise the adverse reaction has been assessed and achieved. There are so many different intolerances and being able to work out which intolerance affects you is a process, but once this has been confirmed it is now much easier to navigate foods that should be avoided versus foods that should be consumed in smaller volumes versus those that can be consumed freely.

Many food companies have been able to jump on the band wagon of manufacturing foods to support the growing food intolerances. From dairy companies to pasta as well as beverage producers.

Bread has a been a household staple for centuries. There is a unique process in making bread, which has changed over time due to the demand for volume and quick turn around time in production. The issue is, is that some individuals with intolerances have not been able to consume bread due to some of the ingredients. Many bread companies have been producing gluten free bread for those with gluten sensitivities or for those that are coeliac. With respect to Coeliac or gluten intolerances, bread made with wheat, spelt, barley, rye or oats contains the protein gluten. Therefore, bread could no longer be made with these grains when trying to achieve a gluten free bread.

Another intolerance more common now is to certain foods that fall under the FODMAP banner. It is estimated that 35% of Australians have an intolerance to one or more FODMAP foods. Bread made with the grains wheat (including spelt), rye and barley for example will contain oligosaccharides, one of the FODMAP molecules. Therefore, depending on the type of bread, the portions need to be controlled to ensure no adverse reactions occur for those requiring a low FODMAP diet.

Alpine Breads FODMAP friendly bread does contain these grains and therefore would ordinarily be a bread that an individual would need to be cautious about. However, this bread has been made in a traditional sense which reduces the FODMAPs within the bread. There are two main reasons as to why this bread is considered and tested as a FODMAP friendly bread.

Firstly, the breads are made like traditional sourdough breads. The process of making sourdough enables the oligosaccharides to be broken down. Sourdough bread is fermented. The wild yeast and bacteria in sourdough breakdown some of the carbohydrate and protein, while the bread is fermenting. Conversely, when bread is made with fast rising yeast, the bacteria don’t have time to pre-digest these molecules. Therefore, the old school slow ferment actually reduces the FODMAPs on the end product, making the FODMAP count reduced. So those requiring low FODMAP foods can generally consume these breads.

Furthermore, the addition of amylase into the bread ensures the starches from the grains are broken down into sugars. This sugar feeds the yeast which is a part of the fermentation process. Therefore, the more sugar fed to the yeast, the starches in the flours, the less oligosaccharides and monosaccharides in the bread when baking is complete.

Keeping the traditional idea of fermentation to create a sourdough is essential for a low FODMAP product. Having this bread on shelf means that individuals engaging in a low FODMAP diet to assess their intolerance or for those that know they are intolerant to certain FODMAP foods, gives them another option. Bread is not a food that needs to be eliminated.